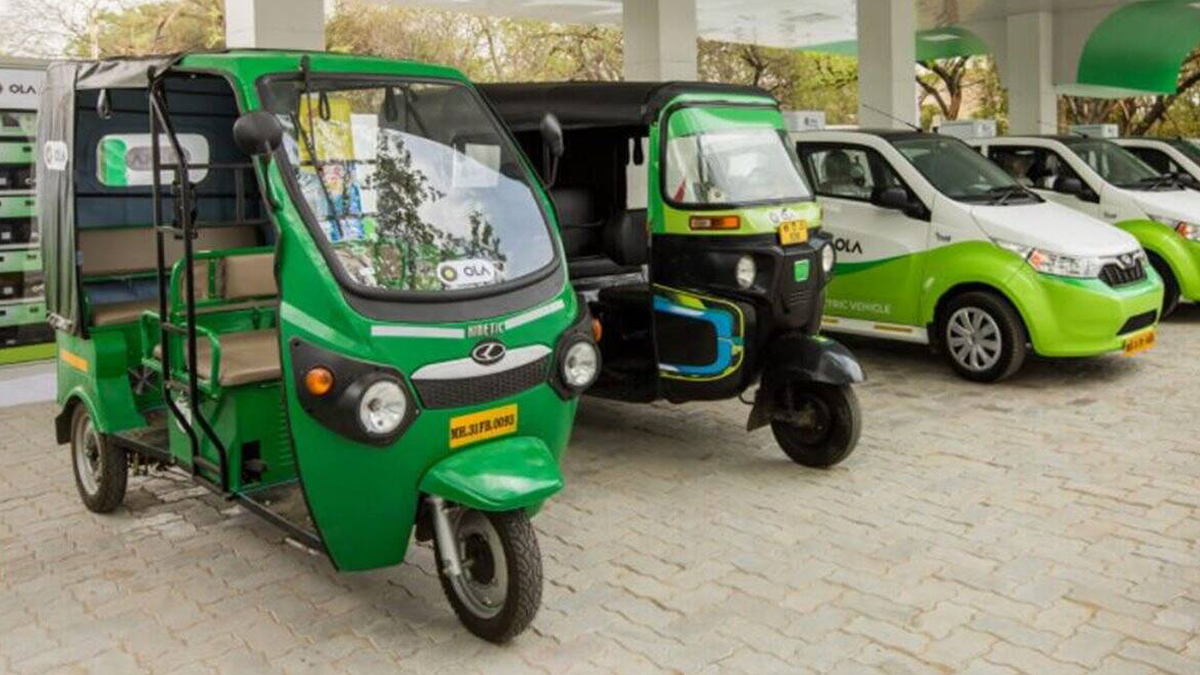 Tamil Nadu is leading among Indian states in attracting capital investments in the e-mobility space, holding a share of close to 35% of all e-mobility investments in India. The fourth state to announce an electric vehicle policy in 2019, Tamil Nadu responded well before time to ensure its large automotive sector was ready for the e-mobility revolution. Close to 50% of all cars exported from India are manufactured in Tamil Nadu, making it crucial for the sector to keep up with global market changes. As of 2022, the state has secured $2.5 billion in investment commitments from big names like Ola Electric, Ather Energy, TVS Motors and other players.

While the states’ efforts in attracting investments is commendable and a case stodu for others, there is scope to improve the adoption and sales of electric vehicles. At more than 58,000 registered EVs, the state has the fourth highest sales in the country, but owing largely to the growth in e-two wheeler sector. E-three and four wheelers are lagging at just 5,344 and 3,428 respectively.

Tamil Nadu’s electric vehicle policy can introduce certain demand side incentives to improve the adoption of sales in the state:

High upfront cost of electric vehicles continues to be among the top barriers to mass adoption, despite low operational costs. Apart from the Central Government’s subsidies under FAME I and II, several state governments such as Delhi and Maharashtra offer additional purchase incentives for all vehicle types. Including purchase incentives for three and four wheelers in Tamil Nadu’s revised EV policy can help improve sales.

Tamil Nadu currently has roughly 24.9 lakh two-wheelers, 3.9 lakh three-wheelers, and 28.7 lakh four-wheelers on its roads. Of these, roughly 30 – 40% would be at the mid or end-of-life stage. Offering retro fitment incentives to consumers to convert their vehicles to electric in place of scrapping or selling them, as well as providing an enabling policy environment for retro fitment companies to grow, can play a significant role in converting existing ICE vehicles to electric.

As per Tamil Nadu state transport department, more than 15.9 lakh vehicles in the state need to be scrapped. Introducing scrappage incentives in the revised EV policy can help boost sales of EVs.

Two states in India, Delhi and Maharashtra, have included vehicle scrappage incentives in their policy, wherein consumers who scrap their ICE vehicle can receive additional discount against the purchase of an EV. (Rs 5,000 – 7,000 for e-2w, 15,000 for e-3w, and 25,000 for e-4w).

Currently in India, only three banks offer special interest loans for the purchase of an electric vehicle. This continues to be a gap area in reducing the upfront cost of EVs. This is an opportunity for states to show leadership and incentivize state level banks and financial institutions to offer special financing options for EVs that help drive their penetration.

Currently, Delhi is the only state to have launched My EV initiative, which provides 5% interest subvention on purchase of e-auto rickshaws on loans.

Mandates function as a rule, thereby being more binding and having higher chances of being adhered to, that targets and policies. Some countries in the West have introduced mandates for government vehicles, fleet owners, and even directing manufacturers to ensure a certain percentage of vehicles produced by them are electric.

In India as well, some states have already set targets for transition of vehicles owned by government agencies to 100% EVs, such as Andhra Pradesh, Assam, Madhya Pradesh, Maharashtra, Uttar Pradesh, Meghalaya and Haryana.

Currently, no state government policy mandates a 100% shift towards government owned vehicles, and this step can once again place Tamil Nadu in the lead.