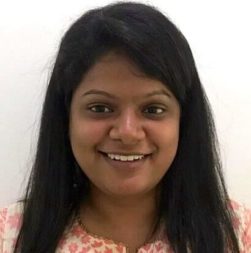 Two-wheelers (2Ws) and three-wheelers (3Ws), constituting 99 per cent of the EVs on Indian roads, are spearheading the country’s electric mobility transition. In 2019-20, despite the roadblocks posed by the dual health-cum-economic crisis of COVID-19, over 1.54 lakh electric 2Ws and 3Ws were sold in India – a 20 per cent increase from the previous year. Their significance is further exemplified by the following findings from SIAM, Ministry of Road Transport and Highways (MoRTH), and the Census of India.

2Ws constitute 81 per cent of all the automobiles sold in India, and 72.4 per cent of all the registered vehicles on the road. One in two households in big cities and developed rural areas own two-wheelers. There are 102 2Ws versus 22 cars per 1000 population in India. One in three Indians use 2Ws for their daily commute to work. This shows that 2Ws have a utilitarian function for Indians, rather than just a lifestyle choice. On the empowerment front, women constitute a substantial user base for 2Ws. On the 3Ws side, e-rickshaws are the preferred mode of last-mile commute for office goers, especially in and around metro routes and highly populated pockets. Growth in e-rickshaws has been significant, with as many as 11,000 e-rickshaws sold every month in 2020, as against 4,000 e-rickshaws sold in all of 2010. Overall, India is home to 1.5 million battery-powered e-rickshaws, catering to over 60 million users every day.

Clearly for India, unlike the West, it makes sense to electrify vehicles with the highest demand and utility, i.e. 2Ws and 3Ws. These are also the most polluting vehicle segments on Indian roads.

At the core of India’s e-mobility transition is affordability. A study by the Ola Mobility Institute found that compared to electric 4Ws, the difference in the Total Cost of Ownership (TCO) between electric 2Ws and 3Ws and their ICE counterparts is minimal. TCO comprises the entire cost of owning and operating an asset across its lifecycle; it includes direct and indirect expenses. TCO is an important consideration for owners of private vehicles as well as high-utilisation vehicles – public transit, intermediate public transport (i.e. passenger mobility using bike taxis and bike rentals, rickshaws and auto-rickshaws, taxi-cabs and mini-buses), employee transportation, and hyperlocal deliveries.

While electric 2Ws and 3Ws are cheaper than electric cars in terms of upfront cost, they are made even more affordable and competitive with ICE vehicles because of battery swapping – a charging regime where an EV is sold without battery and the end user exchanges their discharged battery for a fully charged one at a battery swapping station. Battery swapping thus mimics the refueling experience of ICE vehicles and is particularly relevant for electric 2Ws and 3Ws since it reduces the upfront cost. The August 2020 permission by the MoRTH to sell and register EVs without pre-fitted batteries coupled with the Ministry of Power’s recognition of battery swapping in June 2020 will make e-mobility affordable for all.

An upcoming report by Ola Mobility Institute found that policy and regulatory support in this manner, coupled with rapid innovations suited for India, has given rise to over 80 businesses in the battery swapping domain for electric 2Ws and 3Ws – from manufacturers like Kinetic Green, Lohia Auto, Piaggio and Hero Electric to passenger and delivery fleets like Ola Electric, Vogo, Bounce, Smart E, Delhivery, Flipkart, BigBasket, Amazon and IKEA, to battery manufacturers like Samsung SDI, Exicom, Exide, and energy operators like Sun Mobility, BPCL, IOCL, EESL, and many others. Some of these organisations have also co-created and endorsed a first-of-its-kind Shared Resolution on battery swapping.

Overall, the electrification of 2Ws and 3Ws – propelled by the widespread adoption of battery swapping – will have a multiplier effect on the environment and the economy, empowering India to fully experience the benefits of clean mobility in the near future.