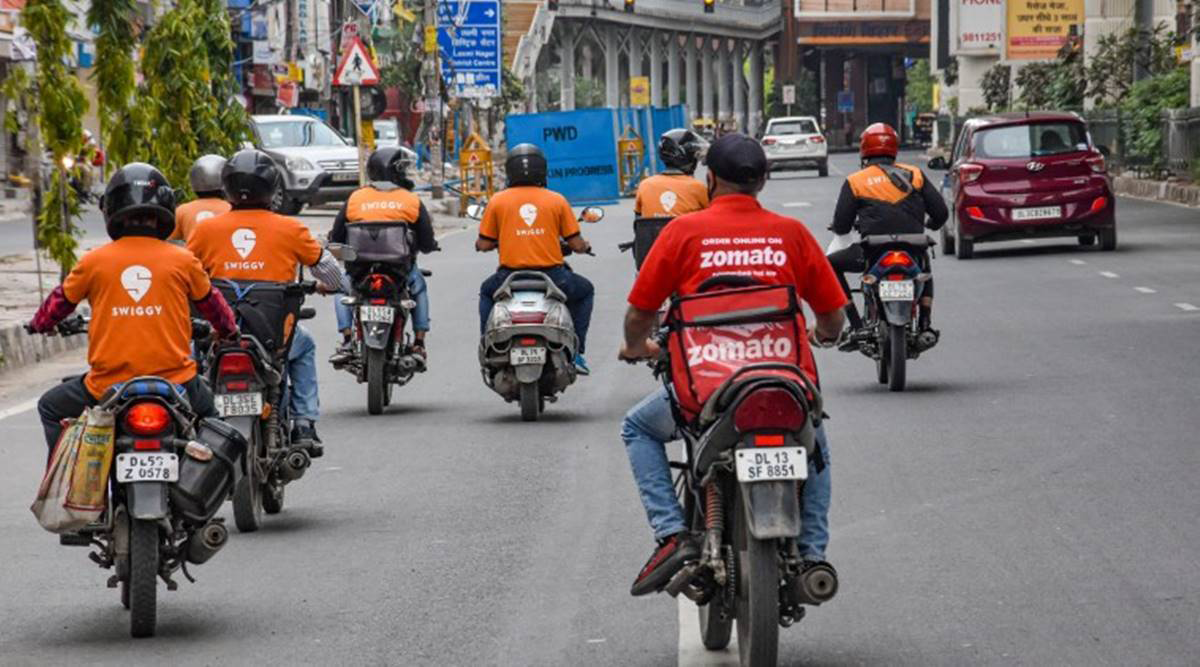 One of the great conveniences of today’s modern lifestyle is to have everything at our fingertips. Fashion, food, flowers, groceries, furniture – there is nothing you can’t buy on your phone while sitting in the comfort of your home. The global e-commerce market has grown exponentially over the last decade, and the pandemic has given it a major leg up. Since 2020, consumer behaviour has permanently shifted towards online shopping. And that has added more vehicles on road for deliveries, along with their vehicular pollution and carbon emissions.

A study by Stand.earth Research Group and commissioned by the Clean Mobility Collective has revealed that the last mile delivery emissions of six of the largest global delivery and e-commerce companies is a staggering 4.5 megatons of CO2. This is equivalent to the annual CO2 emissions from 1 million petrol passenger vehicles!

Last mile is the journey from the warehouse to a customers’ hand, and is mostly covered by vans, two wheelers or three wheelers. The study shows that despite being the smallest part of the journey, last mile delivery accounts for nearly half of the total delivery emissions. This means it’s equal to what is emitted to get the product from the factory to the warehouse, typically by ship or plane.

India rising in e-commerce and its carbon emissions

In 2021, India’s e-commerce industry rose by 77% compared to previous years, with tier 2 and 3 cities witnessing more online transactions than ever before. This study reveals that India’s annual deliveries are 2.6 billion, and result in annual emissions of 500,000 tCO2. In comparison to emissions from Europe and the US, this seems low. However, India’s last mile emissions per delivery, at 285 gCO2, are significantly higher than the global weighted average of 204 gCO2.

By 2030, India could potentially become the second largest e-commerce market in the world after the US, reaching $350 billion. Every month, there are ten million new active internet users in India, higher than any other country. According to some media reports, eKart, a subsidiary of the Indian e-commerce giant Flipkart, may now be delivering 100 million parcels a month, or a billion parcels per year — potentially representing close to half of India’s total delivery market.

With such massive growth projections in e-commerce, India cannot afford its subsequent carbon emissions and air pollution. There is an urgent need for e-commerce companies to transition their fleets to zero emission vehicles.

India is home to 14 of the world’s 15 most polluted cities in terms of air, and vehicular emissions is among the largest sources of air pollution in the country. Without decarbonizing its transport sector, India cannot solve its air pollution issues, which are a national priority, nor can it expect to meet its climate target of net zero emissions by 2070.

This study proves beyond a doubt that last mile deliveries and their CO2 emissions are a critical cause for concern. The significant costs associated with the last-mile sector, coupled with rising fuel costs, provide an added impetus to companies to adopt greener technologies and measures to reduce both costs and emissions at the same time.

Many of the major e-commerce and food delivery companies in India, such as Amazon, Flipkart, Swiggy, Zomato, Myntra, Ikea have committed to adding more electric vehicles into their fleet. But there is huge scope to expedite progress to these commitments and also raise their ambitions.

A report by the World Business Council for Sustainable Development estimates that India’s e-commerce market deploys 1 million vehicles for deliveries. By 2030, this would reach 2.6 million by 2030, in line with e-commerce growth projections. Currently, India’s EV100 corporate fleet commitments amount to only 194,388 vehicles.

If India can achieve 100% electrification of this fleet, it would prevent 44% CO2 emissions caused by equivalent ICE variants, save 32 billion litres of fossil fuels per year and reduce 76 million tonnes of CO2 per year.