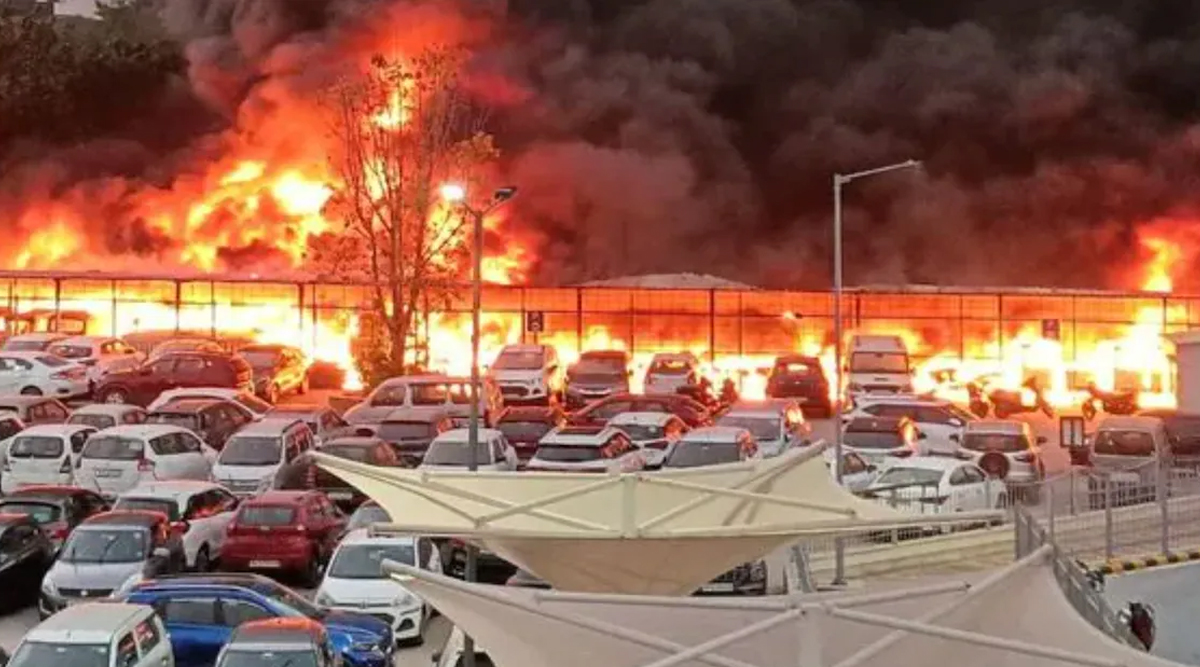 In conversation with Rahul Lamba, CEO, The Energy Company, on battery safety

In early September 2022, India witnessed another spike in electric vehicle battery fires, with the worst casualties reported so far when an electric scooter caught fire in its showroom, which caused the death of eight people in Telangana. These incidents come at the heels of recent announcements by the Ministry of Road Transport and Highways to amend the Automotive Industry Standards 156 guidelines which are expected to strengthen electric vehicle battery safety. Since the start of this year, where on the one hand the country has achieved exponential growth in electric vehicle sales, it has also experienced a sharp rise in battery fires, bringing into question the technology’s maturity and development and the country’s safety and testing standards. We spoke with Mr Rahul lamba, Co-Founder and CEO of The Energy Company, a Bengaluru-based start-up that manufactures faster and more reliable EV batteries, on what is causing these EV batteries to catch fire and where India stands today in creating a robust and safe battery ecosystem.

Incidents of EV batteries catching fire have once again caught the country’s attention. Now that there has been time to investigate the reasons for such incidents spiking through the year, could you shed some light on what is causing EV batteries to explode and catch fire?

For this, it is important to understand the anatomy of an EV battery. A battery comprises three key components - the Advanced Chemistry Cells made from lithium, cobalt, and various other critical minerals, a Battery Management System which is the brain of the battery, and connectors that link the battery to the vehicle. Holding all this together is the outer shell called the battery pack. The cells are the energy source, but they are what we call a dumb source i.e. they cannot self-regulate and will react to any external stressful condition. As a result, when exposed to any extremities or abnormalities, the cells can go into a thermal runaway state i.e. an uncontrollable self-heating situation which causes them to burst into flames. All government-led investigations have revealed that maximum battery fires caused this year were a result of poor battery pack designs and inefficient Battery Management Systems (BMS) which could not prevent a thermal runaway. The primary job of a BMS is to communicate between the cells and the external environment. A well-designed BMS would recognise abuse conditions and cut off any additional energy supply or demand. Similarly, a well-designed battery pack, through the number and arrangement of cells, will aim to reduce the amount of built-up heat, thereby reducing the chances of fires.

This year began with an unprecedented spike in battery fires, which jolted the government into action. Can you share what safety and testing rules and norms has the government released, and what has been the industry's reaction to them? Have they begun to be implemented?

This is where firstly I would like to congratulate the government since they were quick to set up committees to investigate the causes of battery fires and enforce stringent safety norms. Effective October 1, 2022, the government revised the Automotive Industry Standards (AIS) 156, which was last amended in 2019. The amendments include additional safety requirements related to battery cells, battery management systems, on-board chargers, design of battery pack, thermal propagation due to internal short circuits leading to fire, and some others. These new standards add an extra layer of protection during the charging of batteries and also ensure that if even one cell goes into thermal runaway, it does not extend to neighbouring cells, thereby controlling the overheating. They also cover the safety requirements for Battery Management Systems and protection from water penetration inside batteries.

The onus of producing safe and reliable products also lies with the companies. Have these incidents motivated EV companies to apply stricter safety and testing measures? Is the tide of change becoming visible?

Yes, I think that these fire incidents have acted as a warning for the industry, and all players are recognising the need to adopt stricter safety measures. Currently, with limited advanced chemistry cell manufacturing in India, most OEMs import and assemble the various battery components collected from different sources. These fire incidents and stricter safety norms will make such companies reconsider their strategy and ensure product reliability is their top priority.

Battery players need to understand that validation is the most important step before the product is sold to the customer. We at The Energy Company ensure that our products are tested in the most abusive conditions before it reaches the customer.

The draft battery swapping policy released by NITI Aayog focuses on battery standardisation and interoperability. How does this strengthen existing safety standards?

The battery swapping policy includes a new protocol for mating life cycle of connectors. Mating lifecycle is the number of times a connector can connect and disconnect with its counterparts while still meeting all its safety specifications. This helps estimate the lifespan of a connector in any electronic application. For example, the mating lifecycle of a USB connector will be in thousands as it regularly needs to be connected and disconnected by users. Similarly, for EV batteries, connectors need to have a longer life cycle as they require regular charging and will be connected and disconnected often, almost daily. This is also considered a common failure in existing EV batteries. Connectors made from cheaper materials to reduce battery cost run the risk of sparking during plug in and plug out. So having standards and testing for connector lifecycle through the battery swapping policy would increase battery safety. Also, all batteries to be used in battery swapping stations have to adhere to AID 156 norms, so this is an additional check point to ensure manufacturers are abiding by safety norms.

Are there safety rules that consumers should keep in mind when charging their EV battery? What can consumers do to reduce the risk of battery fires? Do companies inform and educate consumers about such practices at the time of purchase?

There are a few standard recommendations which are followed for any devices using advanced chemistry cells like mobile phones, laptops, and power banks. These can be considered for EV Batteries as well, which can prolong battery life and ensure safety.

What is the best way to manage an EV on fire? What can consumers do at that moment to minimise damage? Is there anything recommended by Vehicle OEMs in the owner's manual?

Unfortunately, most owner manuals for electric two-wheelers have nothing mentioned about battery safety or managing battery fires if one occurs. Based on my experience and observations, I would recommend the following ways:

Contrary to some recommendations, water is the most preferred way of controlling battery fires as per leading cell manufacturers and the US Fire Protection Organisation. But the volume of water required is much more in comparison to douse fire of any other type. However, one must ensure an ample water supply to douse the fire, as a small amount of water would result in the release of harmful gases.

Also, an essential point to consider is that EV fires have harmed fewer people, compared to indirect fires caused as a result of other items around catching fire. Therefore, it is critical to ensure no combustible material is in the vicinity, and to evacuate the area immediately.

Studies show that among all vehicle types - ICE, Hybrid and EVs - EVs have the least chance of catching fire. Can you explain why that is? Are these spikes in fires a result of being in the early stages of battery production technology?

I would like to highlight one statistic on this. An average petrol-powered vehicle has 100 times more energy stored in it compared to a battery-powered vehicle. Any new technology has a developmental cycle. When CNG kits were becoming popular, there were numerous incidents of CNG vehicles and CNG stations catching fire. In fact, even today one hears of them. However, with time and better testing, the technology and ecosystem evolved to reduce these cases, leading to safer CNG vehicles. EVs will also follow the same development cycle. 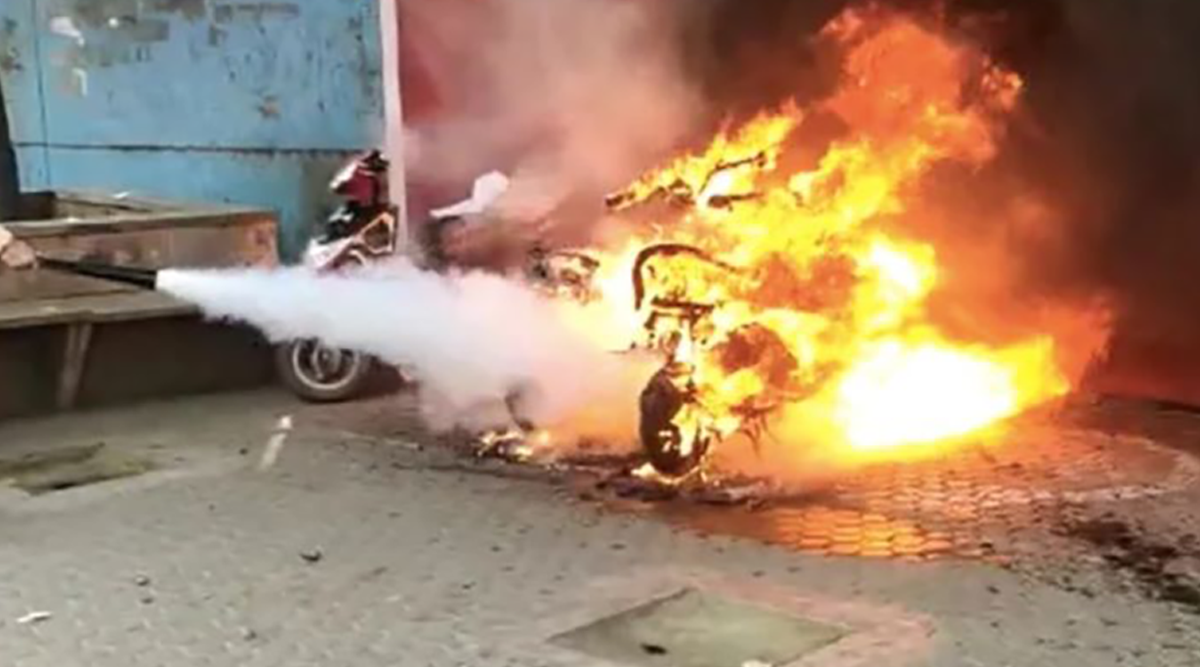