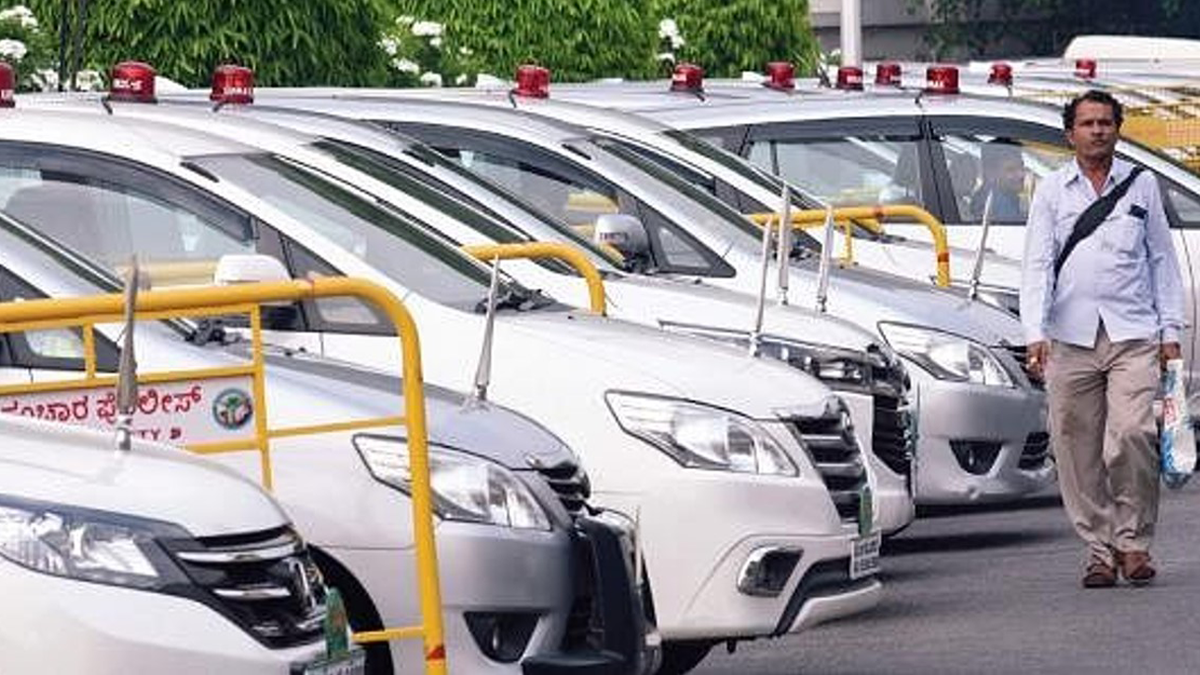 Only 0.6% of all government vehicles are electric, their conversion is critical to increase EV sales as well as boost consumer confidence

India’s electric vehicle fleet has seen impressive growth over recent years. A part of the reason is the governmental push to mainstream EVs in India’s automotive market. With the country’s net-zero ambitions on the horizon, India’s short-term targets for 2030 is for 70% of all commercial cars, 30% of private cars, 40% of buses, and 80% of two-wheeler (2W) and three-wheeler (3W) sales to be electric. At the higher end of estimations, this amounts to a total of 8 crore vehicles by 2030, as per a recent study released by Climate Trends and JMK Research $ Analysis. This is approximately a 100-fold increase on the number of EVs on Indian roads currently. More conservative estimates suggest the number could be closer to 50 million vehicles, still a 50-fold increase.

Despite the whole-hearted endorsement of EVs by the Indian government, the transition of government owned and operated fleets to electric has been slow and cumbersome thus far. Perhaps sensing this, prominent ministers from the central government have urged greater deployment of EVs in central and state government offices. While Union Minister for Transport, Nitin Gadkari has advocated for an EV mandate on all government officials, Minister for Power, and New & Renewable Energy, RK Singh wrote to all Union Ministers and state Chief Ministers to accelerate the conversion of all government fleets to electric. According to reports, the Centre has chosen nine cities with a population of 4 million and above—Mumbai, Delhi, Bengaluru, Hyderabad, Ahmedabad, Chennai, Kolkata, Surat and Pune—for accelerated EV adoption.

A long way to go

The case for electrifying government fleets is strong. Cost savings from the elimination of oil demand would amount to a whopping Rs 1.63 lakh crore. When it comes to emissions, the shift to EVs would enable the avoidance of 12.13 lakh tonnes of carbon.*

Yet, these arguments in favour of inducting more EVs in government offices is not translating into action fast enough. In a written reply to the Lok Sabha earlier this year, Gadkari stated that only about 0.6% of all government vehicles had been shifted to electric as of February 4, 2022. According to the reply, 5,384 vehicles out of 8,47,544 vehicles that were in use by government agencies, including central and state governments and autonomous bodies were electric as of February 4, 2022. EVs used by local authorities were the highest (1,352), followed by government undertakings (1,273) and state governments (1,237). EESL, one of the government’s main implementing arms in shifting to electric vehicles, has completed the procurement process for 10,000 vehicles for the purpose of replacing existing government fleets. While 1,820 of these vehicles have been deployed across the country, more than half have gone to Delhi (594) and Andhra Pradesh (350).

If the central government has been behind the curve on inducting EVs into its fleets, state governments have been lagging even more so with only Delhi thus far instituting a mandate for all government officials to use EVs. While some state governments such as Assam (2030), Uttar Pradesh (2024), Madhya Pradesh(2028) and Haryana(2024) have announced 100% EV fleet targets, reality paints a stark contrast. Put together, these states have deployed just 141 EVs in government fleets so far, according to the latest available data from EESL.

Although the Telangana government plans to debut 1000 EVs on lease as it charts a path to go 100% electric, this is yet to be reflected on the road. Neighbouring Karnataka’s aim to convert half of the government fleet to EVs in the next few years is yet to take off in any big way either, while in Maharashtra the conversion of 10% of the government fleet to EVs has been deferred to next year due to the lack of available charging infrastructure.

Although government fleets account for less than 1% of the total EV target for the decade, the conversion of government operated vehicles holds greater importance than the number might suggest. Enthusiastic endorsements notwithstanding, government fleets are the lowest hanging fruit in the e-mobility transition challenge, being the single point of vehicle ownership and operation over which government agencies hold direct and complete influence.

Beyond savings in costs and avoided carbon emissions and air pollution, governmental adoption of EVs is likely to have a much wider effect on consumer confidence in the market segment and its supporting infrastructure, including the charging network. It is far from unreasonable for the public to expect widespread adoption of EVs among government fleets to back up central and state government advocacy on the use of EVs. The failure to pick up pace in shifting government fleets to EVs reflects reluctance and inertia in the incorporation of EVs and charging infrastructure within official structures. Just as the visibility of government operated EVs is likely to instil greater consumer confidence, reluctance to do so will also likely have an outweighed impact larger adoption among individuals and businesses in the country.

Assumptions: All vehicle use petrol as a fuel, Cars running till 3 Lac Kms, a mileage of 15 kmpl, cost of fuel to be 96.72 in Delhi