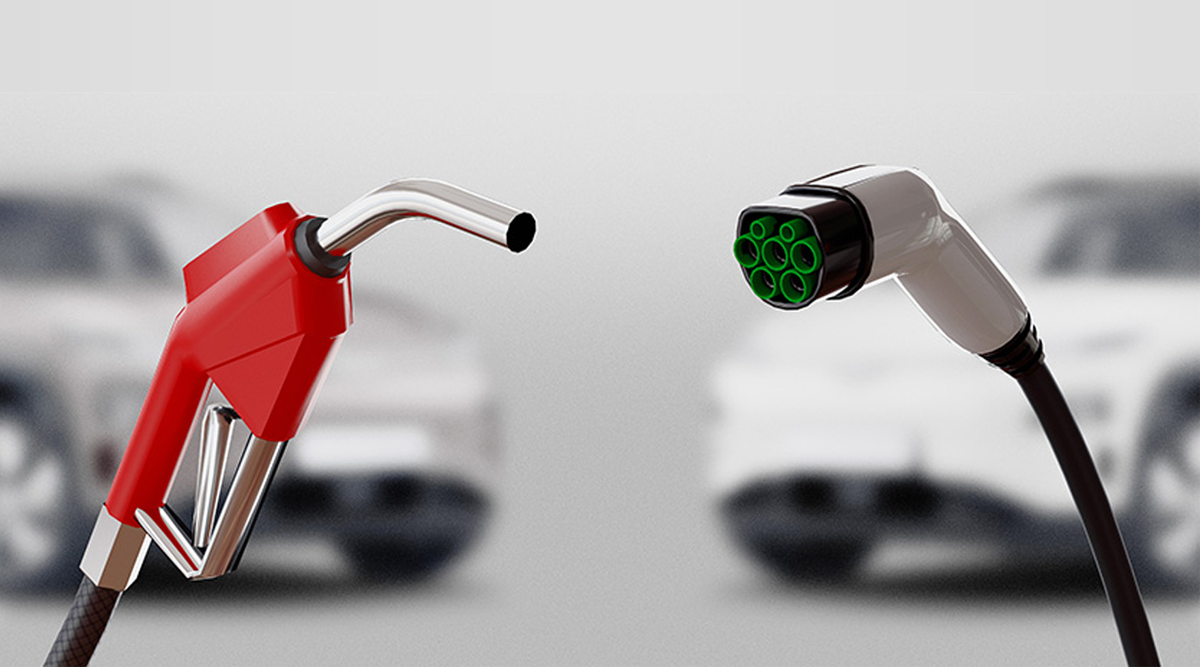 The crude oil industry, refined petroleum fuels (and CNG) and the more than 75 million ICE vehicles registered in India are an enormous source of taxes for the Centre and the state governments. Reports suggest that for 2019-20, 13% of the Centre’s revenue came from the excise duty and cess on high-speed diesel (HSD) and motor spirit (petrol). Also, the VAT levied on petroleum products brought in an average of 15% of all the states’ and union territories’ total revenues in 2021.

Another important source is road tax. India’s 5.89 million kilometers of roadways are the second largest network in the world and the road tax for ICE vehicles varies from 4% of the cost of the unit (if it sells for under Rs. 6 lakh) to as high as 20% for ones that cost in excess of Rs. 20 lakhs. Even with 2021-22 being a slow year for automobile sales, India registered over 1.5 million vehicles and 99% of them were IC-engined.

Clearly then, losing these vast amounts of fuel tax revenue every year would be a daunting prospect. For example, Delhi’s EV transition by 2030 will lead to a 10.2% reduction in FTR for the Delhi government, which would in turn translate to a 10% loss of revenue from fuel taxes to the Government of India.

With the number of EVs in India expected to hit 1.6 million units by 2025 and 15 million by 2030, it is possible that a section of this revenue may not be recovered in the short-term as EVs do not consume fossil fuels, they are so far exempted from road taxes and registration fees, and at the moment the GST on them stands at 5%, versus 18% - 28% for ICEVs.

However, it’s not all doom and gloom for the exchequer.

Losses versus benefits from transport electrification

The Council on Energy, Environment and Water (CEEW) estimated in 2022 that by 2030, India could save over Rs. 1,07,566 crores (USD 14.1 billion) annually if the Centre’s 30% EVs target by 2030 was to come true. Yet at the same time, this would result in a total value-added loss of nearly Rs. 2 trillion (USD 25 billion) for the crude oil and the automotive sectors — again, every year. Additionally, Rs. 1 trillion in taxes would be lost from the reduced sale of petrol and diesel fuel.

The bright side is that the growing market share of EVs would:

Even more importantly, CEEW’s analysis predicts that with the 30% target for EV penetration, there would be a 17% drop in particulate matter and NOx emissions, a 4% drop in greenhouse gas emissions and an 18% reduction in carbon monoxide (CO) emissions. These are significant achievements and although the corresponding benefits to public health are not easily quantified, it would show that the lost tax revenue from the ICE vehicle economy translates into far-reaching public benefits. 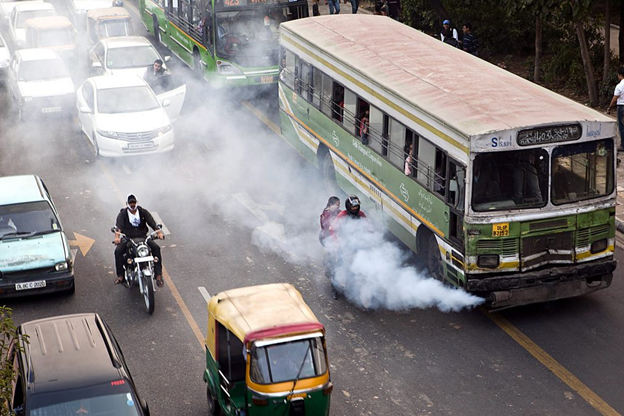 It’s important to note here that while there are apprehensions of a net loss in jobs with the switch to e-mobility — as high as a 25% loss — the inevitable electrification of shared mobility (metro rail, buses, taxis, autorickshaws) will continue to attract public and private investments, besides generating jobs across their value chains.

Several studies have already examined the ways to recover the losses from a switch to EVs. After all, they too will use city roads, highways and toll bridges over their service life, which need regular maintenance and repair. Following are some ways in which many regions globally are recovering taxes in this transition to e-mobility.

What could be the best scenario?

CEEW analyses the potential of each solution for tax recovery, as well as their impact on disputing India’s pace of e-mobility. Levying annual flat taxes on EVs, increasing existing fuel tax rates and distance taxes have the highest potential for recovering revenue.

However, from the perspective of ensuring least disruption to the EV transition, increasing fuel taxes and distance tax are the best options, as these do not significantly impact the total cost of ownership of EVs, which is a critical factor in their adoption, particularly in India.

Taxing EVs per kilometre can be designed well to minimise the impact on EV costs while maintaining revenue levels and simultaneously sending policy signals. It will need to be introduced slowly to ensure that the inevitable withdrawal of EV subsidies does not coincide with the new tax. There has been no word yet by the Centre on if and when the next iteration of the FAME scheme will be introduced, and beyond 2030 it’s very likely that subsidies will be withdrawn for all but the very lowest income-category of EV buyers. By timing it well, road taxes and registration fees may also be introduced.

Moreover, the population density across India varies greatly so it’s recommended that the states receive a degree of autonomy in the matter. The roads and highways in the far north and east of the country (Ladakh, Himachal Pradesh, Arunachal Pradesh, Mizoram etc.) likely do not have to withstand the same degree of wear and tear as in Delhi NCR, Mumbai, Kolkata, Chennai, so the authorities must devise the tax accordingly. Doing so would simultaneously address the inequalities in incomes amongst these states.

Overall, the transition to e-mobility — and the correlated push for clean energy — will bring in several societal benefits by 2050. In the interim though, the Centre and the states must be prudent and sensitive in recovering fuel tax revenue as EVs are yet to garner any meaningful market shares without the help of subsidies.