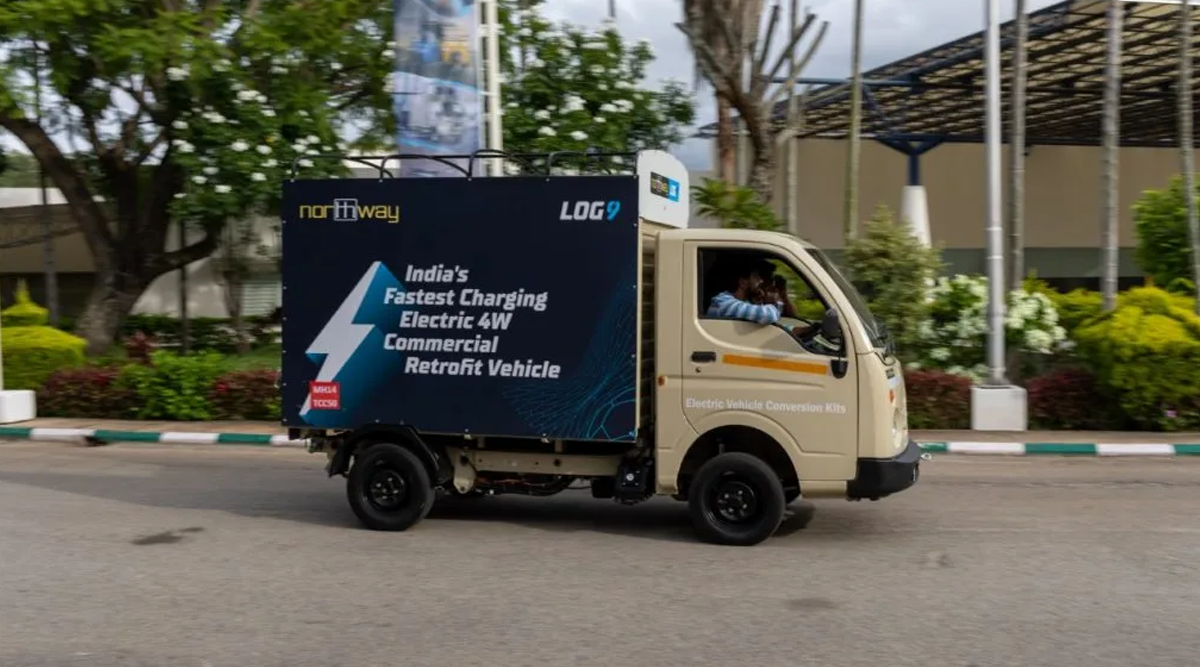 In early 2000s, Delhi became the proud owner of the world’s cleanest public transport system by converting its massive fleet of three wheelers, buses and taxis into CNG powered vehicles. Back in the day, this was recognised as one of the best success stories that brought down air pollution in the national capital. The wave of change began with a Supreme Court directive issued in 1998 that ordered the Delhi Government to convert its diesel run buses to CNG. In just four years, Delhi’s entire bus fleet was CNG powered by 2022, a feat achieved mostly by retrofitting existing buses with CNG kits. Soon after, three wheelers and taxis followed suit, and today, all public transport in Delhi runs on CNG.

Now, as India powers ahead to decarbonise transport by focusing on large scale electrification, the question arises on the role and potential of once again retrofitting existing ICE fleets to electric across vehicle segments. Can a city’s example be applied at a national scale?

By 2030, India is expected to become the world’s third largest automotive market. However, even the most aggressive projections for EV growth expect that by 2030, India would have roughly 5 crore EVs on road. Given that as of November 2022, India already has close to 30.8 crore registered ICE vehicles, the country’s EV penetration still remains a small percentage of overall vehicular growth. This presents a huge opportunity to promote retrofitment of existing ICE vehicles to electric, particularly for two and three wheeler segments. India has the largest fleet of two and three wheelers in the world, with more than 2.2 crore ICE two wheelers and 76 lakh ICE three wheelers on road today. Achieving 100% electrification in this segment will significantly reduce air pollution and carbon emissions at a national scale. India already has close to 20 retrofitment companies providing cost effective EV kits for this segment, and the right policy support can provide the much needed market push to accelerate the retrofitment industry.

Given that India is a price sensitive market, high upfront cost for electric vehicles continues to be a major barrier in its uptake, even with policy support. Retrofitment addresses this head on, as a retrofitted EV is 1.5 times cheaper than an original EV. Companies are providing retrofitting kits between ₹ 25,000 to ₹ 65,000, including registration, for electric two wheelers, which would otherwise cost between ₹ 80, 000 to ₹ 1.65 lakh from a showroom. Light Commercial Vehicles, particularly three wheelers used for commercial purposes, can be retrofitted to electric in  ₹ 50,000 to ₹ 1.25 lakh, compared to ₹ 2.5 lakh to ₹ 4 lakh for a new one.

India has done well in establishing an enabling policy landscape at the national and state level to accelerate the adoption and manufacturing of electric vehicles and its ecosystem. These policies have contributed significantly to the early success e-mobility is witnessing in the country. Similar policy support is needed to boost the retrofitment industry which can play a crucial role in accelerating electrification of the world’s largest vehicle fleets of two and three wheelers.

COnsumer incentives for retrofitted vehicles: India’s flagship policy for electrification, FAME II, and almost all state level policies, offer incentives to consumers that bring down upfront cost of EVs. This ranges from early bird discounts to exemption in road and registration tax. While retrofitting ICE to EV is cheaper than buying a new one, it is still half the cost of a new EV or close to the cost of buying a new ICE two or three wheeler. To make it more attractive for consumers, retrofitted vehicles could be included under FAME II for subsidy support, thereby becoming applicable nation wide and incentivising consumers.

Some states provide such incentives, like Telangana has included a subsidy of 15% or ₹ 15,000 for the first 3,000 retrofitments of passenger three-wheeler EVs. Rajasthan has included a subsidy of 15% (with an upper cap), Uttar Pradesh and Karnataka's EV policy also encourages retrofitting existing ICE three-wheelers to EVs. Delhi Government also recently made an announcement about allowing 10-year or older diesel vehicles to ply on Delhi-NCR roads, if they are retrofitted and transformed into EVs.

Reimbursement for the replaced engine-based power train and other components: In 2021, India released a scrappage policy which provides attractive incentives to consumers willing to voluntarily scrap their vehicles that are reaching end of life. This includes a scrap value of close to 4 - 6% of the price of a new vehicle, zero registration fee when purchasing a new vehicle, 5% additional discount from manufacturers on purchase of new vehicle against scrappage certificate. Without incentives for retrofitment, consumers may prefer to wait out the lifetime of their ICE vehicles and avail scrappage incentives when it reaches end of life. Releasing a national or state level retrofitment policy with similar capital incentives in lieu of the replaced engine and other components will go a long way in encouraging consumers to opt for retrofitment of mid-life ICE vehicles.

Decarbonisation of transport is central to India’s climate action goals and the country is making every effort to bring about an electric mobility revolution. Retrofitment can play a small but significant role in helping the country transition to 100% zero emission vehicles.