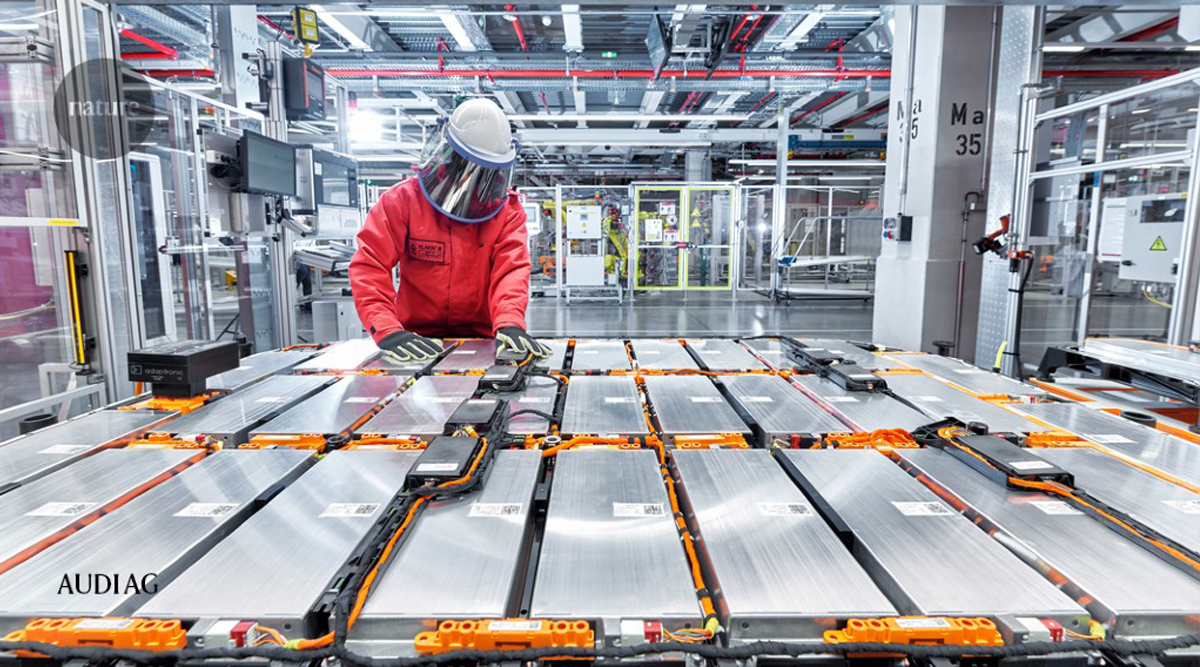 The low carbon transition in the transport sector is well and truly underway. As EV sales globally grow exponentially, automakers have pivoted to electric-heavy strategies. While all indicators are bullish on the growth potential of EVs over this decade, the pivot to electric mobility has drawn attention to the potential chokepoint in the supply chain of critical materials essential for the transition.

The prospects of EVs are intrinsically linked to advanced cell chemistries, predominantly lithium-ion batteries. These batteries, which carry high requirements of lithium, nickel, copper, cobalt, manganese and graphite, usually account for 30% to 40% of the value of an EV. A fall in battery prices in recent years has been instrumental in the explosive growth. The slide in battery prices although seems to have hit a roadblock, as supply chains of critical materials were hit by the Russian “special military operation” in Ukraine and the trade sanctions that have followed.

According to the International Energy Agency, global demand for EV batteries is set to grow more than tenfold from around 340 GWh currently to over 3500 GWh by the end of the decade. While the recent strain in supply chains however have not dampened sentiment around electric mobility, it has put the spotlight on material supplies. Currently, China is far and away the most critical cog in the EV battery supply chain, holding the lion’s share of anode and cathode production for LIBs. Additionally, over half of the processing and refining capacities of lithium, cobalt and graphite is located in China. The IEA predicts that the pressure on critical materials supply will continue to mount as the electrification of transport expands to meet net zero ambitions. Meeting the burgeoning demand for LIBs would require a rapid diversification of raw material sourcing and processing.

And governments around the world have taken note. Recognising the indispensability of storage technologies in the new energy economy and the need to diversify sources to meet demand and ensure price stability, critical materials for batteries have become a matter of energy security strategy. New geological stocks of critical materials have been identified in parts of South America, Central Asia, Africa and Australia following the supply-chain volatilities of the past year. Concerns remain though that demand is set to outstrip supply, as mining for several critical materials require several years of lead time between reconnaissance and the beginning of production.

While pressures on critical material supply chains are unlikely to melt away any time soon, governments have also turned attention towards resource efficiency to ease supplies. Fortunately, LIBs are almost entirely recycleable to high degrees of purity. Under idealized conditions, retired batteries have been estimated to be able to supply over half of the global demand for cobalt, lithium, manganese and nickel within two decades. While recycling processes carry their own energy requirements and environmental footprints, research has indicated that EV batteries made from recycled materials account for 38 per cent less carbon than those made with virgin materials. The financial viability of EV battery recycling is a little more complicated with battery compositions, designs, transportation distances and recycling methods influencing profit margins. Studies have shown that these however could be tided over through effective government regulation and targeted incentives.

Currently China, Europe and the US account for over 80 percent of the global EV battery demand, and all three have introduced legislation to expand recycling and facilitate circularity in their EV battery supply chains. China, since 2016, has introduced 12 separate pieces of legislative guidelines and rules to around battery waste management, recovery of materials and re-utilisation in manufacturing of LIBs. The EU is in the process of finalizing its regulatory framework to deal with spent EV batteries, which includes provisions for tracking and mandates for recycling efficiency, material recovery rates and reutilization of recovered material.

India’s growth in electric vehicles is also projected to be explosive. According to a comprehensive report published by NITI Aayog on the country’s ACC battery reuse and recycling market estimates a cumulative capacity of 600 GWh to be operationalized between 2022 and 2030 — an increase of over 27 times the cumulative ACC stock in the country in 2021. Nearly two thirds of the potential capacity additions are slated to come from electric vehicles.

With low manufacturing capacity in the country, India’s demand means a ballooning of LIB imports. Over the last five years, the volume of LIB imports has quadrupled. The Indian government is pushing to expand battery manufacturing in the country, particularly through a targeted PLI scheme that aims to add 50 GWh of ACC battery manufacturing capacity. Agreements with Reliance New Energy Limited, Ola Electric Mobility and Rajesh Exports were signed at the end of July under the scheme.

Increasing manufacturing alone though will not ensure a reduction in import-dependence. India has existing reserves of nickel, managanese, copper and aluminium, and is the world’s second largest producer of graphite, cobalt and lithium have to be procured through imports. According to a study from the World Resources Institute published in early 2022, sustained growth in electric vehicles would ride on securing reliable supplies of critical materials required for battery manufacturing.

While energy storage technologies are widely considered to be a keystone of energy security, increasing energy independence will depend on the establishment of a closed loop circular economy for batteries. A value chain in which recovered raw materials can be progressively fed back into manufacturing processes, incrementally reducing net imports to meet demands in the long run. In addition, it would reduce the need for new mining of reserves as we go along. According to NITI Aayog’s analysis, the recycling volume that would be created from the deployment of new batteries by 2030 would amount to 128 GWh, around 46 percent of which will come from EVs. To be ready to treat this volume, India’s LIB recycling capacity (which currently stands at around 0.4 GWh) would have to expand 320-fold over the next eight years.

The Indian government has made little secret of the strategic importance it lays on the transport sector, not just as a part of its long term decarbonization strategy, but also as a bet on its future economic value. In order to maximise the gains from this bet, it must now close the resource loop to the greatest extent possible. The government took a concrete step toward this last week, as the MOEFCC notified the Battery Waste Management Rules, 2022 under the Mission for Circular Economy. The new rules, for the first time, specifically covers EV batteries. The introduction of Extended Producer Responsibility for EV battery producers along with explicit functions and targets will bring clarity to an otherwise poorly-defined space. The rules now specify an ambitious recovery target of 90 per cent by 2027 for EV batteries. They also mandate a minimum use of 5 per cent of recycled material in new batteries manufactured from 2027, which will be ramped up year on year to 20 per cent by 2030-31.

The rules, however, are not a silver bullet. Implementation kinks remain, particularly those stemming from the viability of treating complicated cell chemistries and assembly designs. But it also presents an opportunity to build a policy framework that focuses on the entire value chain of ACC batteries, the different pieces of which seamlessly fit into each other to provide coherence in the entire value chain. While the introduction of PLI-like conditional incentives would help build momentum for further investments in the space, the sustainability of economies of scale will depend largely on the extent of standardisation across the value chain. While the new Battery Waste Management Rules is a start, the introduction of more standardisation through subsequent sets of guidelines, rules and legislation around battery manufacturing and design could help smoothen some of these kinks and ensure the supply certainty critical for sustained investment interest.