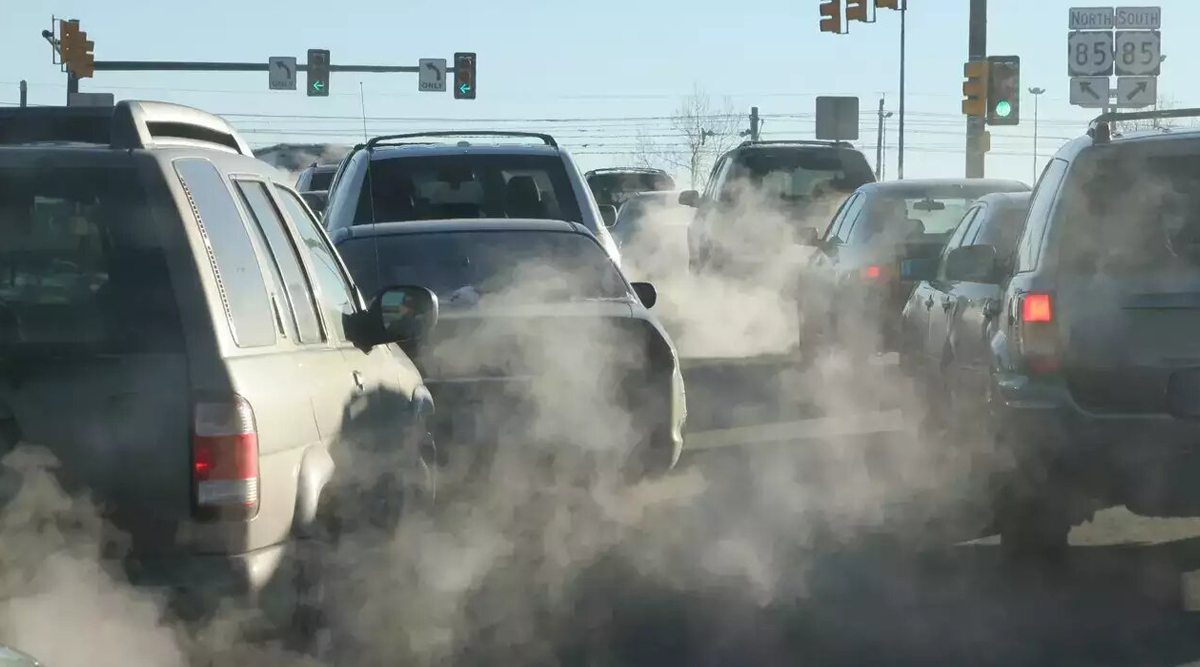 Close to 40% of PM2.5 emissions comes from vehicles, clean transportation is the only way out

Winters in the Indo-Gangetic plains, particularly in Delhi NCR, have become synonymous with air pollution. The combination of fire crackers during Diwali, stubble burning in the neighbouring states and low wind speed, adds to the already polluted air of the city, and spikes air quality to hazardous levels. However, analysis of air quality data shows that bad air is now a year long issue in the capital. Since 2016, Delhi has not had more than two “good air” days, with the exception of five good air days in 2020 during the nation wide lockdowns. While multiple factors load up pollution in the winters, vehicles are the primary source of nearly 40% of PM2.5 emissions through the year, which goes up to 50% in the winter months. This clearly shows that without converting its road transport to cleaner fuels and building a strong and clean public transport network, Delhi has little chance of addressing air pollution challenges.

As of January 2022, Delhi has close to 1.34 crore or 13.4 million registered vehicles on its roads. And with an average growth of roughly 6% over the past decade, Delhi’s vehicular population can be expected to touch 22.1 million by 2030. This presents a huge opportunity to transition to cleaner fuels, particularly electric. The Delhi Government has made a good start towards this, with the launch of one of the most consumer friendly Electric Vehicle policies in the country. Since 2021 when the policy was introduced, Delhi’s electric vehicle sales now make up 12% of total registered vehicles. As of October 2022, Delhi has nearly 1.69 lakh electric vehicles on its roads. Our analysis shows that these have helped reduce close to 3.83 million tonnes of carbon emissions, proving the potential of electric vehicles in contributing towards climate action and air pollution in the city.

Some may argue that while electric vehicles reduce tailpipe emissions, they are only as clean as the electricity source used to power them. However, studies show that if India was to adopt an ambitious vehicle electrification target, it could reduce tailpipe emissions between 18 – 50% by 2040. Even under the pessimistic scenario in which electricity for EVs is coming from coal and gas, EVs would still lead to a net emission reduction in nitrogen oxides and CO2, with a marginal to no increase in PM2.5.

For Delhi, which records the second highest PM2.5 linked deaths (2.46 lakh between 2010 – 2019) worldwide, transport electrification gives huge reason for optimism. Another study reveals that large scale vehicle electrification in India could lead to at least 16,700 annual avoided premature deaths in 2040, without considering the decarbonisaton of the power sector. This leaves no doubt that transport electrification is the central solution to Delhi and India’s air pollution challenges.

China’s dominance in the electric vehicle market has been long established. In 2021, one out of every two EVs sold globally were in China, which is expected to remain on the top for decades to come. China’s motivation to decarbonize its transport and power sector is primarily driven by its focus on improving air quality in the country. Under the Beautiful China Initiative launched by the government in 2020, all cities in China are required to attain mean concentration of PM2.5 levels below 35 μg/m3 by 2035. Decarbonising transport is a critical strategy in this initiative. Particularly in the Beijing-Tianjin-Hebei region of China, which is among the most densely populated areas with concentrated energy intensive industries, massive vehicle ownership and dangerously high air pollution. Here, the government has launched aggressive policies to increase EV uptake. A study of the health, environment and cost benefits of the EV policies in this region reveal that by 2035, EV growth could result in a reduction in SO2 emissions by 19 – 35% and PM2.5 emissions by 11 – 22%. It further estimates that by 2030, the regions EV policies have the potential of preventing 23.5 million people from falling sick due to respiratory issues, avoid 19,530 hospitalisation cases, and 4,600 premature deaths. Monetary savings from avoided premature deaths alone would be CNY 20.15 billion in 2030, and reduce work loss days by 15 million.

These studies show that electric vehicles can bring significant environmental, public health and cost benefits in every part of the world. Delhi’s progressive policies to decarbonize transport give hope for a cleaner and safer future. Recently, the government announced a $600 million budget to electrify its public transport by 2025. It is also aggressively de-registering end of life diesel and petrol vehicles older than 10 and 15 years respectively. Nearly 42% of vehicles in Delhi, roughly 5.6 million, are either without a valid registration or have crossed the age limit set by the transport department. Since 2018, Delhi has de-registered 5.3 million vehicles, of which 5 million were deregistered in 2022 alone. While progress has been made, there is still a long arduous road ahead to 100% decarbonized mobility. Delhi needs continued policy support to mainstream transport electrification.