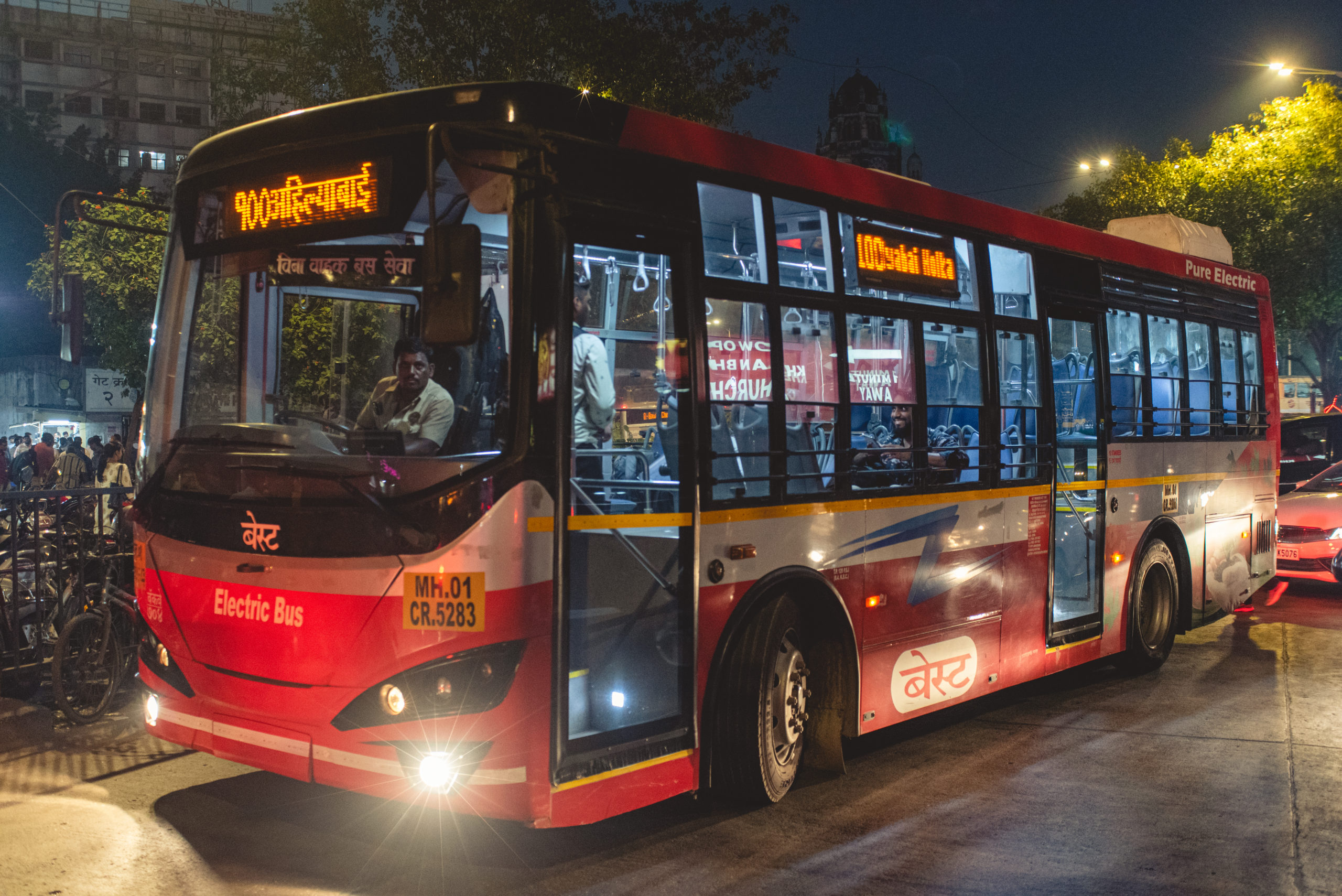 TERI’s 2018 source apportionment study on air pollution in Delhi NCR concluded that the transport sector is responsible for about 17-28 per cent of the region’s pollution load. Of this, heavy-duty vehicles (HDVs) manufactured after 2010 – mostly buses and trucks – accounted for 30-60 per cent of the city’s PM2.5 and PM10 concentrations.

In cities, buses, trucks, and trains account for a sizable share of NOx and PM emissions – especially inter-city trucks that enter city limits in the evenings and non-metro rail lines – since they consume diesel. In Delhi NCR, most buses are required to run on CNG, but some chartered buses have not yet made the switch.

However, despite efforts by the central and state governments to promote e-mobility, so far there has been little progress with ‘electrifying’ HDVs. This is partly because EVs are still regarded as a novel technology by bus and truck owners. They are hesitant to invest in these vehicles because of the scant availability of public charging stations, and because the service and maintenance of EVs is a skillset that is yet to percolate down to regular garages. The relatively high cost of lithium ion batteries drives up the vehicles’ upfront purchase cost, which too is a deterrent.

Inter-city buses and trucks travel hundreds of kilometers every day. Given the power HDVs require, running them purely on batteries would need heavy on-board battery packs that can be quickly recharged en-route. Even with the fast chargers in India today, recharging battery packs larger than 100 kW would need at least 90-120 minutes, as opposed to stopping for a few minutes at a petrol pump. These two factors alone detract operators from committing to electric HDVs, despite erratic and generally increasing prices of diesel impacting their margins.

The CO2 emissions of private cars – from small hatchbacks with 800c engines to large SUVs with engine capacities of over 3000cc – fall between 100 to 300 grams per km, as found in a 2015 study conducted under the India GHG Program. The figure rises to more than 700g/km for HDVs, that typically weigh more than 12 tonnes. They are therefore prime candidates for electrification if inland transport is to be fully decarbonised.

The design of HDVs makes them ideal for electrification. The cargo room in HDVs offers sufficient space for several kW worth of batteries. Bus and truck fleets can also be recharged at depots that would be out of bounds for the general population, and easier access to their battery packs (by virtue of more open cargo space) makes the vehicles more suited to battery swapping.

Pilots are underway in Australia and the EU with electric trains for similar reasons, and it is also why the Indian government aims to electrify the country’s 94,000 kms of railway tracks by 2030. Electric buses by BYD and Tata Motors have proven that the technology works in Indian climate and traffic conditions, yet the dependence on fossil based HDVs has meant that the target date for a full transition to electric mobility is still unclear.

This is where cooperation between governments and industry is critical.

While electric bus fleets are slated to grow across major cities like Delhi, Pune, and Hyderabad, intra-city trains and inter-state trucks are still far from being electrified. The COVID-19 pandemic and its resultant investment in green technologies is an opportune moment to prioritise their electrification. Apart from the subsidies available under FAME–II, state governments would do well to lead the financing and promotion of pilot schemes to garner attention, and possibly mandate well-researched targets for even truck owners to go electric. Taking a cue from the Indian Railways’ target of 100% electrification before 2025, measures can also be adopted for city trains.

Overall, decarbonising the transport sector is no easy feat, but EV technology and economics have matured enough to be deployed across vehicle categories. Now it is simply a matter of the government’s and industry’s determination to affect changes on the ground.