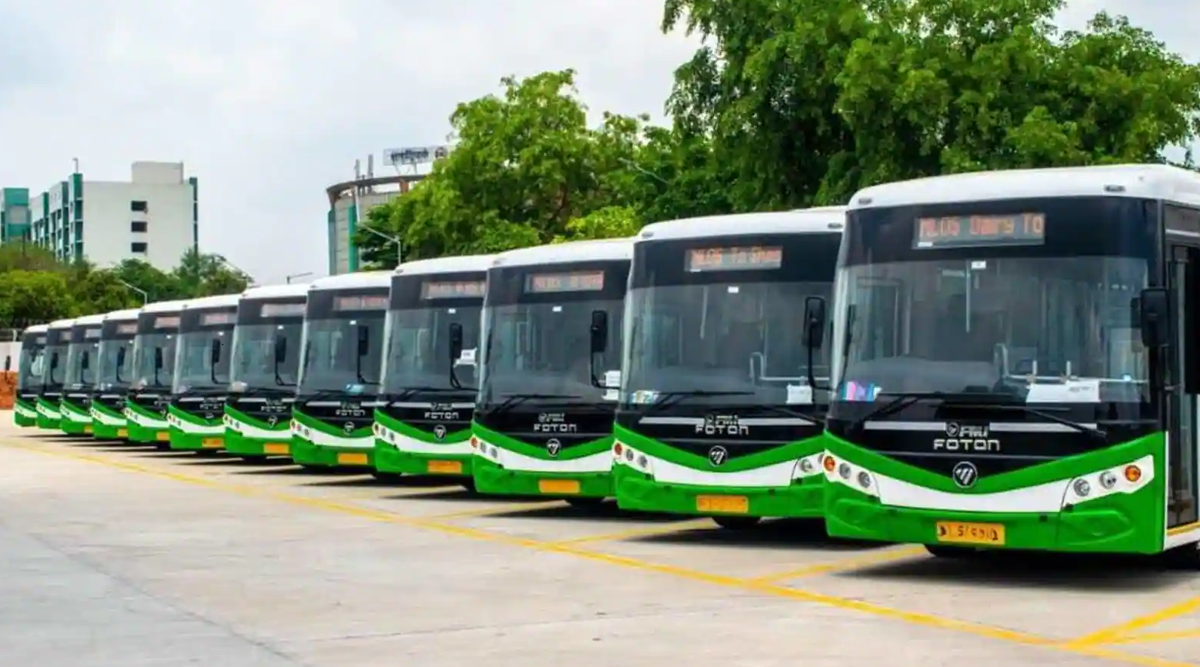 Over the last month, India has taken notable steps to pave the way for achieving its Nationally Determined Contributions and global climate commitments. At the recently concluded COP27 in Egypt, India released its Long Term Low Emission Development Strategy (LT-LED), which focuses on transitioning away from fossil fuels across all high emitting sectors. Around the same time, it released its framework for Sovereign Green bonds, which aims to attract global financial resources for climate related projects, which so far India has been managing through domestic funds. The framework defines the sectors and programmes categorised as “green” and lays down processes that will ensure the appropriate use of any investment coming through these bonds.

Like all high emitting sectors, India’s LT-LED also focuses on decarbonising transport by increasing the use of biofuels, maximising the penetration of electric vehicles and pushing for a shift to public transport for passenger and freight. This is a much needed focus area, as transport is one of the fastest growing sectors in terms of energy consumption and carbon emissions. However, in the face of rising populations, rapid urbanisation and economic growth, truly decarbonising transport would require India to build sustainable and resilient mass public transit services like rails, metros and buses that eventually reduce the need for personal vehicles. However, the biggest challenge for this is lack of financial resources with state governments, urban local bodies and other implementing agencies.

Green bonds are debt instruments issued by a central or state government to borrow money from investors with the commitment that the mobilised funds will be spent on climate or eco-system related activities only. In the first half of 2022, green bonds globally have raised $245 billion, following a record year of 2021 where $572 billion were raised. Overall, more than 27 countries so far have issued Sovereign Green Bonds and global examples already exist of countries and companies applying for them to fund electrification of public transport. In 2021, 18% of total green bond investments were used for low carbon transport projects globally. The World Bank was the first institution to set up green bonds in 2008. As of 2021, it has committed $18 billion towards 115 projects, of which 25% funding is committed to clean transport projects in China, Brazil, Columbia, Ecuador, Mexico, Peru and two projects in India. At a city and country level, Moscow recently announced the financing of 500 electric buses through green bonds, adding to its existing fleet of 1000 e-buses. Mexico became the first city in Latin America to close on a green bond worth $50 million to finance their ambitious 23 km Green Corridor project, and Transjakarta in Indonesia is also exploring green bonds on the London Stock Exchange to support the expansion of e-buses until 2030.

These global examples give hope that India’s Green Bond market,once established, could help expand public transport in India, which is far below the country’s needs. Even today, buses make up for 75% of public transport journeys in India, showing a clear consumer preference and demand for this mode of transport. India has only 1.2 buses per 1,000 people, much lower than other developing regions like Thailand with 8.6 buses per 1,000 people, and China with 6 buses per 1,000 people. To meet the demands of a rapidly increasing population, India needs to add at least 10 lakh more buses to its existing fleet of roughly 20 lakh. This presents a huge opportunity to transition away from diesel or CNG-fueled buses to cleaner electric buses, which contribute to climate action goals as well as reduce air pollution especially in cities. Studies now show that the total cost of ownership (TCO) for electric buses is equal to or in some cases lower than that of diesel counterparts. Yet, despite a national level e-bus programme and provisions for subsidies in various central and state policies, the penetration of e-buses is very low due to limited low cost, long term financial solutions. Currently, India has only 3,492 e-buses operating on ground, and India’s national e-bus programme targets the deployment of 50,000 e-buses. With an overall demand of more than 10 lakh buses to strengthen public transport, India’s national e-bus programme is limited to only 5% of the country’s future needs till 2030. Further, only 20% of India’s existing bus fleet is state owned, the remaining 80% - nearly 17 lakh - are privately owned, which are not eligible for subsidies under FAME II. Green Bonds would open up financial resources to private and publicly owned electric bus projects.

Given that buses account for 10% of the country’s diesel consumption, and a mere 1% follow BS VI air pollution emission norms, their transition to electric is critical for climate action. Our analysis shows that if India is able to ensure 100% electrification of the country’s future bus demand, it would lead to massive savings of 606.5 million tons of carbon emissions over a 12-year life cycle of a bus.