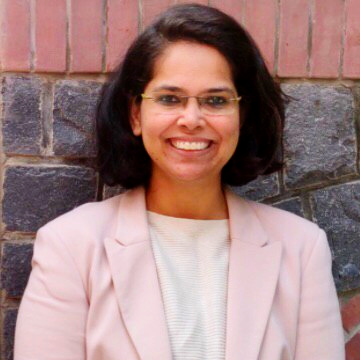 Electric vehicles have existed since the late 1800s. In India, Reva and Yo Bike were launched as early as 2001 and 2006, respectively. It is only in the last decade though, that the government began creating policies and private companies started bringing out more electric vehicles. While electric vehicles are constantly evolving, people also have a number of questions about the technology. Here we answer many of these questions so that we can begin to build an accurate understanding of electric vehicles among the general public.

Why are EVs so slow?
Automobile companies like Tata, Mahindra, Hyundai, and MG have launched electric vehicles whose speed ranges from 80-170 kmph — optimum speeds for intra-city driving. With development in battery technology as well, current lithium-ion batteries transfer more current in less time, which, in turn, generates higher torque in the electric motors.

How often will one have to change batteries?
An EV battery lasts four to five years before it needs to be replaced, with manufacturers even offering warranties. Batteries can be reused in secondary applications and eventually recycled. It is also important to make sure batteries are stored at appropriate temperatures, they are charged when needed and not necessarily every day and are slow charged to avoid battery degradation.

If the battery gets too hot, will the vehicle catch fire?
Lithium is combustible, but battery manufacturers are developing intelligent Battery Management Systems (BMS) which can ensure that the battery is cooled and insulated. Batteries are tested for overcharging, short circuit, abuse, among others, and manufacturers adhere to strict standards to make a safer battery available to end consumers.

Why not just convert a petrol or diesel vehicle into an EV?
Multiple parts in EVs are created to make the vehicles more efficient. EVs also have fewer moving parts than internal combustion engine vehicles. Converting a traditional petrol or diesel vehicle will add to the cost of the final vehicle. Most EVs are designed to accommodate the battery, and although they look like regular cars, scooters, buses, and trucks, they are vastly different.

With features like on-board navigation, range and charge prediction, predictive maintenance, and troubleshooting, many electric vehicles have the added advantage of being smart vehicles.

EVs as a technology has rapidly evolved in the last decade. With the push towards clean energy at the global and national level, the sector is expected to receive increased funding which will further aid technology development on speed of vehicle, battery type and duration and increased use of ‘smart’ abilities. Moreover, with countries and companies announcing net zero emission targets, the use of petrol and diesel is expected to reduce and finally be eliminated by 2050. Thus buying a car with an ICE engine is expected to become redundant within this decade. Buying an EV today allows the owners to participate at the forefront of this global technology movement as it allows him/her to be a part of the push towards clean energy and mobility.