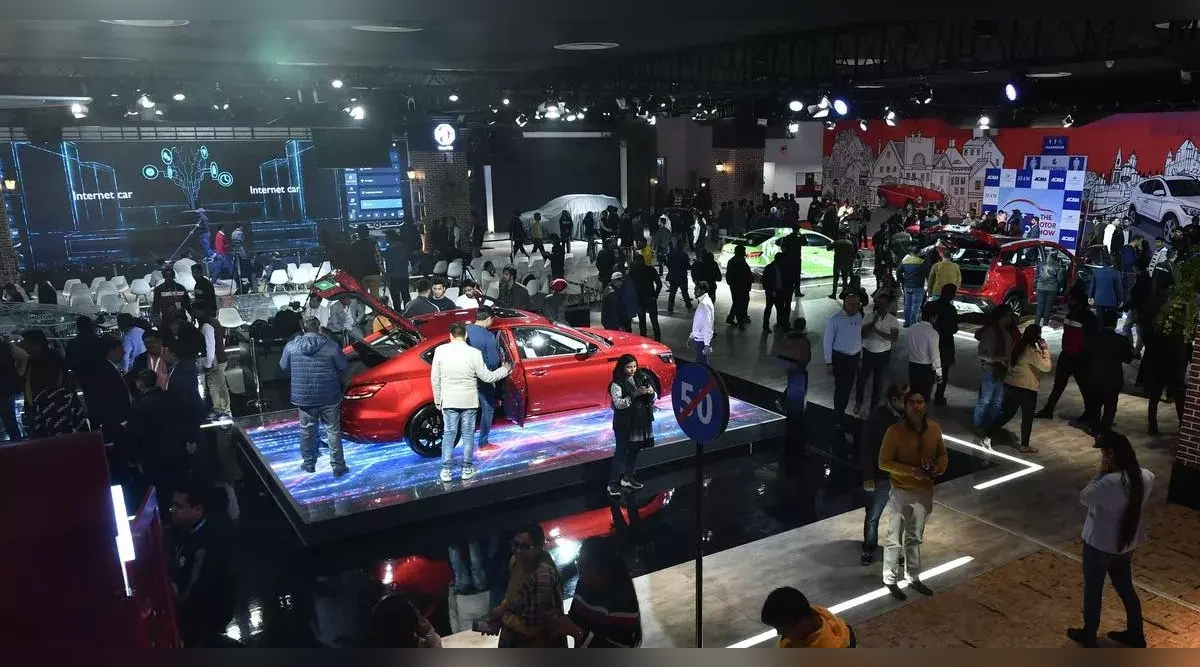 The India Auto Expo 2023 returned to the national capital after a three year gap, and displays from the automotive industry sent a clear signal that the future of mobility is electric!

Electric vehicles dominated the show, with more than 50 product launches and unveils from close to 70 foreign and domestic automakers across two, three, four wheelers, buses and trucks. This is a milestone moment in India’s automotive market and will boost the transition from conventional ICE vehicles to electric.

Electric four-wheelers were the star attraction with every participating automaker displaying at least one electric car ready for launch or in concept stage. Even Maruti Suzuki, who had thus far stayed away from the EV revolution, unveiled their first 4x4 SUV EVx, expected in the market by 2025. 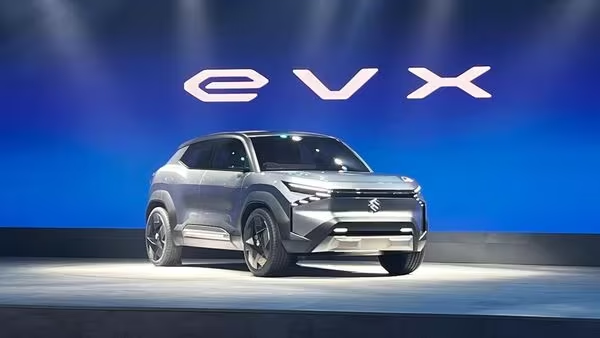 In total the expo saw 16 electric four-wheeler displays, which will take the number of EV models available in the Indian market to at least 42 by 2025. Given that the automotive market is consumer-driven and variety in products is key, this influx of EV models in the four-wheeler category will trigger the market for growth.

MG displayed the strongest transition to electric, with four EV launches - MG4, MG5, Mifa 9 MPV, and MG AIR. The company now has more electric models in the market than ICE ones. Hyundai launched its much awaited IONIQ 5, with an impressive range of 500 kms on a full charge. Chinese brand BYD launched the first electric sedan car - SEAL - which is one of the fastest cars at 0 - 100 kmph in 3.8 seconds and a claimed range of 550 - 700 kms, depending on the model.

Now, India has more than 10 EV four-wheelers with a range above 300 kms at full charge, which is a big step towards addressing range anxiety and building consumer confidence in the technology.

Among the many firsts witnessed at the expo was also the unveiling of India’s first electric Military Utility Vehicle - VEER by a Bengaluru based tech mobility start up, Pravaig. And India’s first solar powered electric car - EVA - by Vayve mobility, which can run for 250 kms on a single charge through solar panels.

The two-wheeler market saw the unveiling of 12 new products, including the world’s first self-balancing electric bike by Liger Mobility, and India’s first electric motor racing bike F99 by Ultraviolette automotive. Legacy brand LML made a comeback into the Indian market with an electric model - LML star, which is gaining popularity not only in India, but also global markets like Japan, Australia, european market etc.

Such world class technical innovations in the Indian market are a true testament to the automotive industry’s commitment to a zero emissions future. The winds of change are here to stay.

Heavy duty vehicles are catching onto the EV revolution

Possibly the most encouraging shift and innovation was seen in the heavy duty vehicle segment, such as buses and trucks.

Five companies unveiled 8 models of e-buses, including the JBM Galaxy luxury coach with an unprecedented range of 1000 kms, and India’s longest e-bus at 13.5 metres with a range of 500 kms by Volvo and Eicher Motors. Other companies that launched e-buses were SWITCH Mobility, Tata Motors and Hexall. 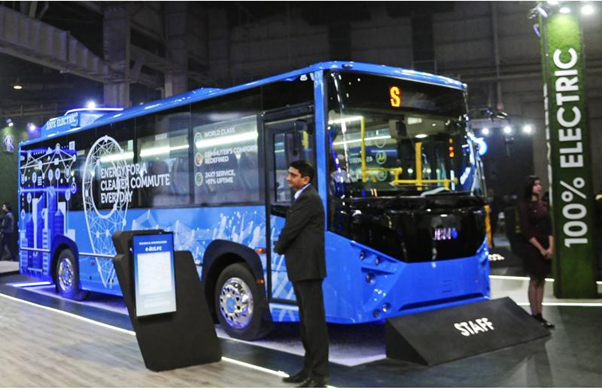 This highlights significant investment from automakers and their confidence in fast-tracking sustainable public transport in the country. Studies have already shown that the total cost of ownership of e-buses is less than or equal to their diesel counterparts, and options of new models will further boost the market. This also signals to the fact that India’s policy landscape is building trust among the heavy duty vehicle manufacturers that a market exists for electric versions. Recently, India’s national e-bus programme reached a significant milestone, with orders for 18,000 e-buses placed through CESL’s tenders. The last tender discovered  prices for e-buses that were 29% less than their diesel variants and 25% less than the CNG variants even without FAME II subsidy. This clearly shows that economies of scale, coupled with technology innovation, can drive down price barriers and trigger better sales.

Electric trucks came into the limelight as well with 8 new product unveils for last-mile delivery and heavy freight, by companies like Tata Motors, Ashok Leyland, Omega Seiki, Switch Mobility and Jupiter Electric Mobility. This is a critical segment for India to transition to zero emission transport and these advances give hope for electric trucks to become a reality sooner than expected. Diesel trucks today account for more than 70% of all road freight movement in India, and consume nearly 57% of the petroleum used in the transport sector. Despite accounting for  just 5% of India’s fleet of vehicles,, they are responsible for more than 70% of CO2 and PM (particulate matter) emissions from road vehicles.

Closing in on India’s investment projections for the EV sector

A recent report estimates that by 2025, India can expect to see investments worth Rs 94,000 crore in e-mobility. Many automakers made big investment announcements at the Auto Expo, amounting to nearly Rs 4,800 crores. Based on publicly available information, this takes the total investments in EVs to Rs 66,000 crores.

For instance, Kia Motors announced that it would invest Rs 2,000 crore to drive research , infrastructure development and manufacturing capabilities to manufacture EVs in India. The company holds 6.5% of India’s passenger vehicle market share and India accounts for 9% of its global sales. Greaves Cotton on the other hand has decided to invest Rs 1,500 crore in the deployment of an indigenous electric vehicle ecosystem in the country as a part of its foray into  e-mobility. JBM plans to invest around Rs 500 crore for electric bus capacity enhancement, product and technology R&D. And finally, MG motors India announced that it would  invest Rs 800 crore to expand capacity at its manufacturing facility in Halol, Gujarat and grow its product portfolio in EVs.

India is one of the largest auto industries in the world, and in 2023, surpassed Japan to become the third largest auto market after China and the United States. The trends in the automotive industry today towards electric mobility are promising and will have a ripple effect across the supply chain. Most importantly,  they will create demand for other products and services like smart battery technology, charging infrastructure solutions, battery swapping solutions and Telematics/Connected vehicle technology. This is an exciting time for e-mobility and the next auto expo promises to deliver even more.